Samsung unveiled its next generation processor to be used in the upcoming smartphones. It is Samsung Exynos 8895. It is the first processor from Samsung to employ Heterogenous System Architecture (HAS). In simple terms, it allows CPU  and the GPU to share data from a single memory. Samsung calls it Exynos 9 series SoC in spite of the model number being 8895. This processor will most probably be used for the first time in the Galaxy S8 and the Galaxy 8 Plus to be launched in the upcoming month. The Exynos 8895 shares a lot of similarities with Qualcomm Snapdragon 835 chipset that was unveiled last year. Let us compare Samsung Exynos 8895 vs. Qualcomm Snapdragon 835 them to know more about the similarities and the differences.

Samsung has surely made a few improvements in its new microprocessor over Qualcomm Snapdragon 835 but the some of its features remain the same. There is no improvement in the CPU cores as it carries the same octa-core, 64-bit processing unit. Also, the same manufacturing process is being used for the production of both the microprocessors. It is Samsung’s 10nm LPE FinFET process. The Qualcomm Snapdragon 835 supported Gigabit LTE modems, dual-ISPs, faster wired and wireless charging solutions and 4K screens. Samsung did not feel any need to enhance anything in all these supported segments in the new Samsung Exynos 8895. When it comes to optimization, the new processor is fully optimized for AI and machine learning as well as 4K and VR content just like we had in Qualcomm Snapdragon 835.  There is also not much difference in the support for connectivity department. Both support Cat. 16 LTE standard that claims a maximum upload and download speeds of 150Mbps  and 1Gbps respectively. Both the chipsets are designed to support Bluetooth 5.0 connectivity standard.  Thus, we can say that Exynos 8895  is inspired by Qualcomm Snapdragon 835 with lots of similarities. Now, lets us move towards the differences.

There are some significant improvements in Exynos 8895 over Qualcomm Snapdragon 835 that makes it stand out. Qualcomm Snapdragon 835 supported video playback at just 30 fps but it has been upgraded to 120 fps in the Exynos 8895. When it comes to the CPU performance, both the chipsets excel but with some differences. Snapdragon 835 holds the edge when it comes to graphical performance but Exynos 8895 excels in video recording and playback game. The connectivity options are more in the Samsung’s new processor which makes it a touch better. The table at the end of the article includes a tabulated comparison of all the features of the two chipsets. 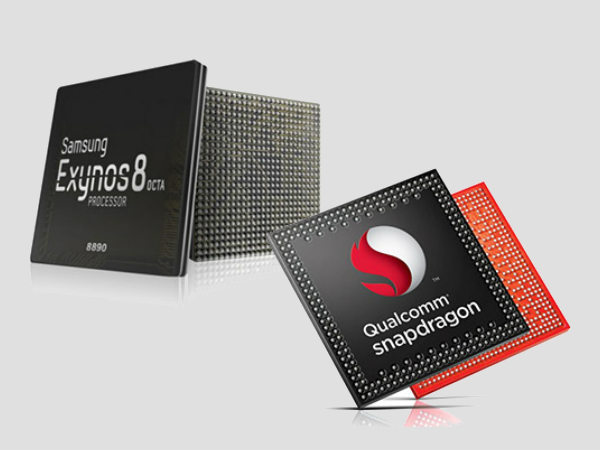 We need to take into account the fact that Exynos 8895 is just released on paper. The features remain to be tested when the chipset will be integrated into the smartphone. We believe that Samsung will continue to use both the chipsets in the upcoming smartphones including the Galaxy 8 and Galaxy 8 Plus.

I hope now you know which smartphone will be a better choice for being your partner based on the power your phone processor can get you.

Ever Thought Why RAM Comes So Expensive, How Price Of RAM Is Fixed?