Posted On April 7, 2018April 8, 2018
Posted By Parveen
OnePlus 6 Shows-up in Live Photo and Price Details Leaked: Only three days back Pete Lau, CEO of OnePlus has revealed the key specs of OnePlus 6 through a blog post on official site of OnePlus. Today we came across exact price details of OnePlus A6003 variants and the information came from India. As the launch date of the smartphone is coming near more and more information is being leaked about OnePlus 6. According to the leaked information the OnePlus 6 will come in three storage memory variants with 6GB and 8GB RAM versions. The cheapest version of OnePlus 6 will be available at Rs 33,999 (USD 523 or €427). Lau confirmed that OnePlus 6 handset will feature 8GB RAM and 256GB internal storage. He also mentioned that OnePlus6 will be powered by Qualcomm Snapdragon 845 SoC. Some other unofficial leaks show that his smartphone will have dual 16 MP+20 MP cameras and 3,450 mAh battery power. 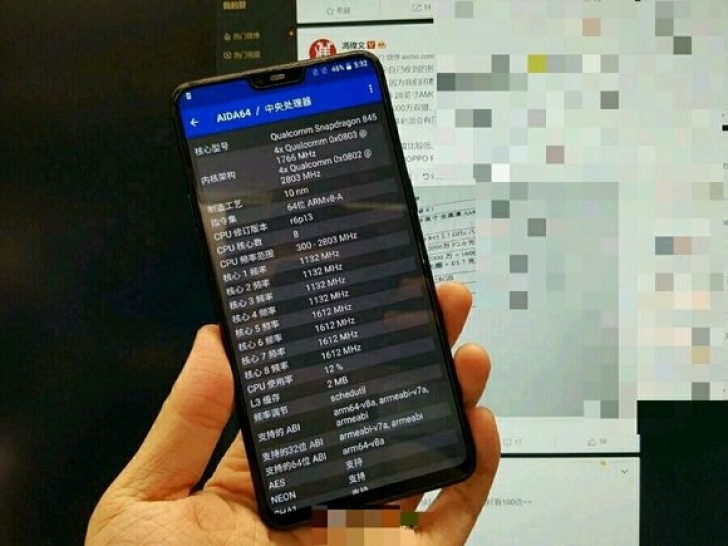 OnePlus also posted an official teaser, confirming that the new smartphone will be featured with fancy gestures which can be used to launch apps even when the handset is locked. Previously they had included the same feature in OnePlus 5 and OnePlus 5T handsets, so it is obvious with this price range they will keep the feature in the OnePlus 6.

Speed up your experience with gestures. #OnePlus6 pic.twitter.com/ccN32d8UbW

leaked photo shows confirms that the handset will be equipped with Snapdragon 845 built with the 10nm technology. According to some sources, the company is also planning to launch new wireless Bullets earplugs but the price has not yet decided.