Top 10 Most Destructive Computer Virus Ever 2018

Top 10 Most Destructive Computer Virus Ever 2018: The thought of a computer virus sends a shiver across the spine. A virus not only corrupts the operating system but also steals confidential information. Even after using a leading computer virus protection applications or antivirus, you can still see a few malware or virus attacking your computer from time to time. Ransomware is another type of virus which hijacks all of the data on your PC and makes it inaccessible. There are some specifically designed anti-ransomware software that can be used to secure data from them. It is always a good practice to use a trustworthy antivirus software in your system to prevent cyber-attacks.

The following is the list of computer viruses that are notorious and caused severe damage across the globe in real life. The list also consists of Trojan Horses and Malware because we all look at them as a virus. Many of the virus disrupted real-life infrastructure that amounted to billions of dollars.

Top 10 Most Destructive Computer Virus Ever 2018

Let us now discuss top 10 most desctructive computer viruses ever 2018 in detail:

Created by two Filipino programmers, the ILOVEYOU is a virulent computer virus. It created havoc across the globe with the amount totaling to an estimated $10 billion. The situation was unscrupulous that several governments dealt offline to prevent the spread of the infection. 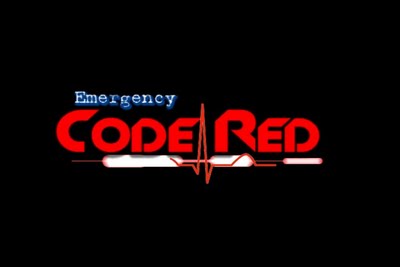 Even after installing a computer virus protection system, Code Red corrupted computers that were running on the Microsoft IIS server. It helped in creating backdoor access, which allows remote access to the server. The bug attacked at least 2 million servers, given that around 6 million IIS servers were functioning at that moment.

Created in 1999, Melissa began as a Word document computer virus that claimed to possess passwords for numerous pornographic websites. When users downloaded the file, the macro within the file starts its operation and emails automatically to the first 50 members of the mailing list. It thus created a surge in email traffic, disrupting both private and government mailing servers.

There is no information about the creator of the virus, but it spreads at a faster rate than other viruses. Even antivirus protection fails to detect the same. It provides unauthorized access to a computer after blocking the network. It affected millions of computer, and at least $38 billion spent in the recovery of the damages. It targeted systems running on Microsoft OS.

Even after developing anti-virus protection to a new level, PoisonIvy created a nightmare among the users. The virus targets the security of the infected computer. It thus made it possible for the attacker to control any computer with ease. It provides complete control of the computer through backdoor access. The attacker can activate speakers, camera, and other accessories attached to the computer without the notice of the user.

One among the list of computer viruses, Conficker is a virus that infected computers running on Microsoft operating system. It went with other names such as Kido, Downup, and Downadup. Identified in the year 2008, the virus was capable of fetching the administrator password by using the dictionary attack. The virus was powerful and infected almost all the computers across government and private sectors across 190 countries.

Identified in late 2006, Storm Worm is a backdoor Trojan Horse. Storm Worm saw the spotlight when people started receiving emails with the subject line about recent weather reports such as “230 dead in Europe due to a storm.” The Storm Worm computer virus was successful in deceiving people by making them click the links attached to the email. The infected attachments were capable of turning a Windows PC into a botnet.

Updating anti-virus protection protects you often from dangerous viruses. But, Zeus is one such virus that thrived on updated anti-virus programs. The virus uses special stealth programs that make it difficult to detect its presence. The malware spreads through different phishing schemes and drive-by downloads. Discovered first in 2007, the malware helped in stealing confidential information from the Department of Transportation of the United States government. The unique stealth technology made it the largest botnet on the internet.

The Klez computer virus made its way into the digital world in the year 2001. It infects a computer through an email. Upon opening the message, the macro runs in the background and sends automatic emails to all the people on the mailing list. Upon further testing, researchers found that it behaved like other virus applications. Additionally, the virus was capable of disabling the anti-virus protection available on the computer. Later modification saw multiple emails that disrupted the email service provider. 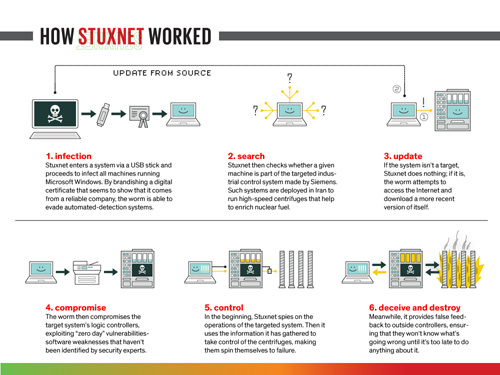 Stuxnet was believed to be created by the Israeli Defence Force together with the American Government. Stuxnet can be considered as the best example of a virus created with the goal of becoming a cyber warfare weapon to disrupt Iran’s nuclear program. According to estimations, the Stuxnet virus had managed to ruin one-fifth of Iran’s nuclear centrifuges and nearly 60% of system infections were concentrated in Iran itself.

The list of computer viruses discussed here has a severe effect on how a computer operates. You can offer protection to your computer by keeping your antivirus software updated, not opening emails that you do not recognize or from external sources, and not downloading software or updates to the operating system from unreliable sources.

By following just above few precautions, you can keep protecting your computer from numerous viruses, ransomware, malware, and Trojan Horses that evolve on a daily basis. Still, your PC is not absolutely safe from viruses but these simple steps can avoid a huge part of viruses.

If you have any queries regarding this article “Top 10 Most Destructive Computer Virus Ever 2018”, Please do share in the comment section. Also, share this article with your friends to make them aware of the threat!

One thought on “Top 10 Most Destructive Computer Virus Ever 2018”