We have heard a lot of rumors about Oneplus 6T specifications and special features it will have in the past few days. We also know the launch of this smartphone is not very distant and will be officially launched in at an event in New Delhi and New York on 30 October. Customers would be able to buy Oneplus 6T from 6 November.

In the latest leak, the Oneplus 6 T has been spotted on Geekbench with most key specs of the handset. The revelations came from WinFuture which showed the expected key specifications. OnePlus 6T is listed to have Android Pie 9.0 as OS, powered by Qualcomm’s flagship Snapdragon 845 chipset, and a huge RAM of 8 GB (7639 MB) to run as much as apps you want to run in parallel. 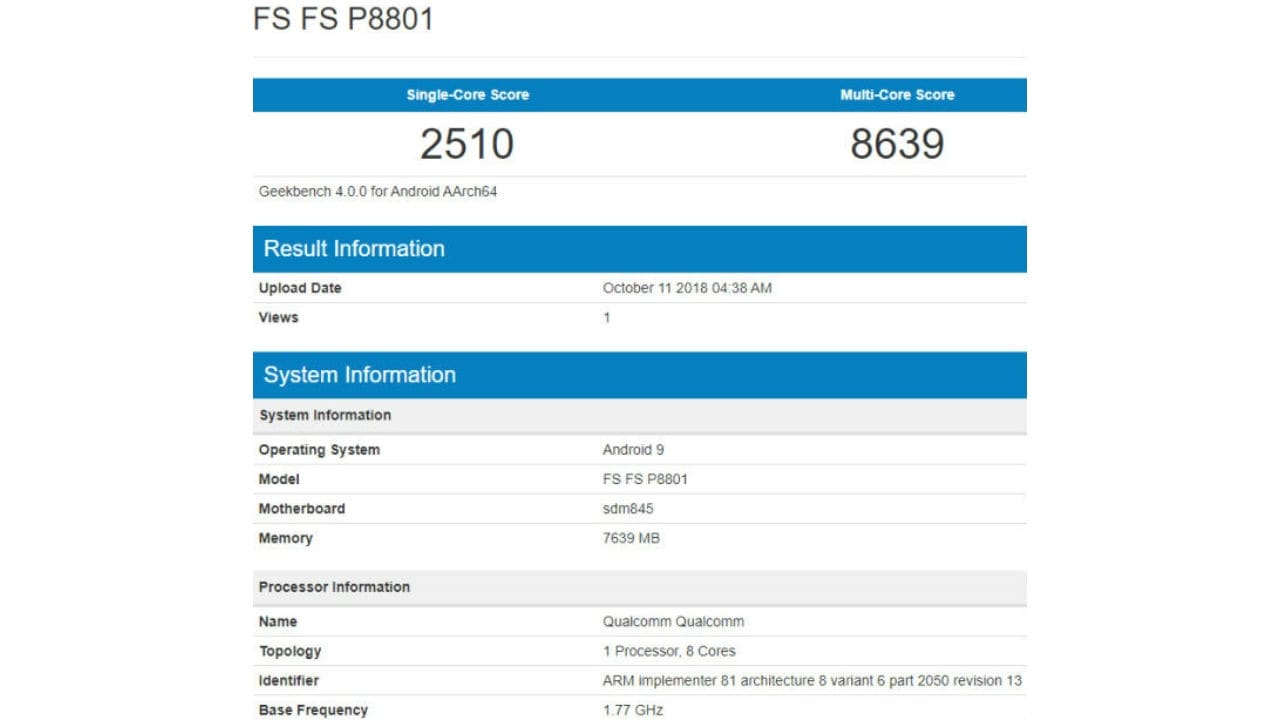 There are rumors about the specs of OnePlus 6T that came into the light but are not officially announced by the tech giant. The device is expected to flaunt a 6.4-inch Optic AMOLED full HD Plus display with Gorilla Glass on top of it to protect it from minor scratches. The display will have a teardrop notch and 19.5:9 aspect ratio. In the case of photography, the smartphone will have a dual camera in the back with 16 MP sensor and a 20 MP camera sensor. In addition to it, there might be a 16 MP front selfie camera.

As announced by Carl Pie, the OnePlus 6T handset will not have a 3.5 mm headphone jack as the phone will have a bigger size battery. For powering up it will have a 3,700 mAh battery which is bigger as compared to OnePlus 6.

OnePlus 4 News and Updates: It may come with most powerful processor ever